Sign in
What can we help you find?
IMPORTANT UPDATE for those impacted by flash flooding in the St. Louis region. If you’ve experienced property damage due to recent flash flooding in the St. Louis region, you’re encouraged to complete an intake form with United Way or call them at 2-1-1.
Take me to the form>>
If you have questions about your recent bill, call Spire customer service at 800-582-1234.
Learn more 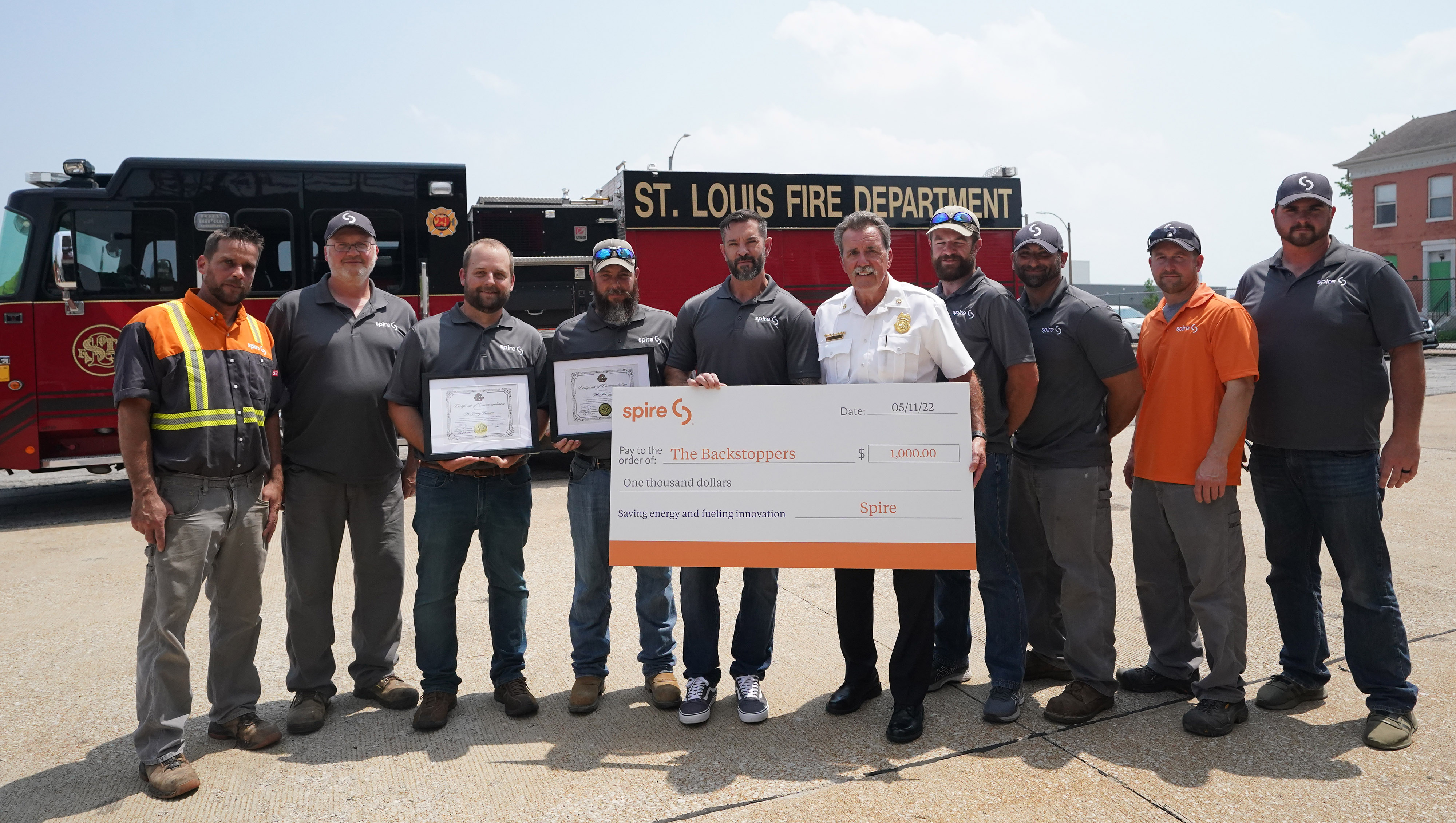 Fresh off a national award from the American Gas Association, a Spire crew who saved a family in an apartment fire was recognized May 11 with a St. Louis Fire Department Lifesaving Award.

And to pay it forward and thank the fire department for their efforts, the crew took a financial award given to them by the AGA and donated it to the Backstoppers, a group supporting families who have lost police and first responders in the line of duty.

In August, the crew’s heroics carried two small two children from the burning complex from their ladder in south St. Louis until the Fire Department arrived to save the mother.

At last week’s annual AGA conference, the crew was given the Meritorious Service Award, the natural gas industry’s highest safety honor. The award came with a $1,000 honor. The crew -- Dave Bollner, Steve Demsko, Eric Eggelston, Jason Ficke, Jeremy Hermann, John Long, Roy Oberndorfer, Will Sammet and John Viox – took the $1,000 recognition from the AGA and presented it back to the fire department and Fire Chief Dennis Jenkerson.

Consistently modest, in an interview with KMOX Radio at the ceremony, Hermann and Long made a point to say the entire group played a role in what happened that day, saying they just did what needed to be done.

Congratulations to the crew for their bravery and for showing the community and the industry how seriously we embody our core value of safety.

Read more about the crew’s story and their recognition from the AGA here.

Learn more in this coverage from KSDK in St. Louis:

Spire and the Girl Scouts of Eastern Missouri hosted a groundbreaking event at Camp Fiddlecreek, in Labadie Missouri, to launch a 2.5 mile trail restoration project, sponsored by Spire.
News

As part of our commitment to the communities we serve, Spire donated more than 500 coats in Western Missouri.
News